After his father’s business takes a nose-dive, twelve-year-old Reuben has to leave his friends and move to Cornwall with his family. He soon notices changes in his baby sister Lucie but his parents, preoccupied with making ends meet, won’t listen. 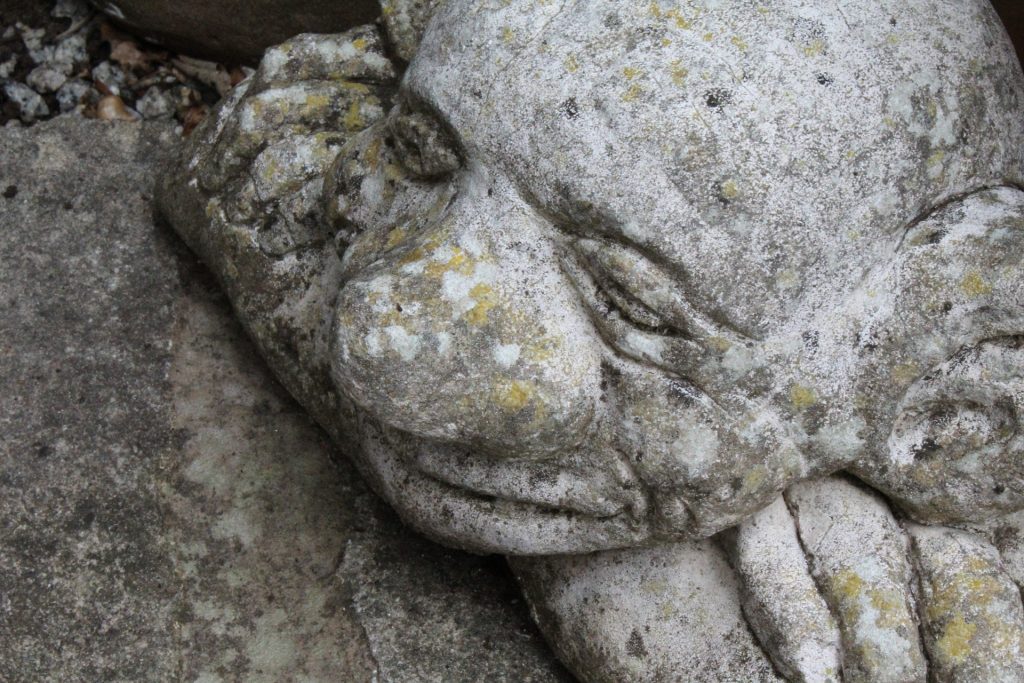 Reuben befriends thirteen-year-old Tegan – a goth girl with her own problems. Together they discover that Lucie has been stolen by spriggans (evil Cornish piskies) and replaced with a changeling child. With the help of an old Cornish woman they meet one of the spriggans and journey to Obukula, an underworld hidden beneath the old tin mines. Obukula is controlled by spriggan dictator, Camlin, and Reuben and Tegan soon become embroiled in a battle for the survival of the human world.

The seagull was staring at Tegan. Its beady eye followed her around the shop from its vantage point on top of the display shelf. She stopped fingering the fridge magnets, letting her hand fall to her side. Moving slowly down the aisle, she paused by the miniature lighthouses and fishing boats. Picking up a snowstorm globe, she gave it a shake and fake snow fell onto a seaside scene. Weird. She put it back on the shelf, casting a furtive glance back towards the till. The shop keeper, Mr Crouch, was held captive by the cleaning lady from the caravan site.

‘Well Mr C, if this season don’t pick up, I’m not sure I’ll have a job by the end of the summer.’

Mr Crouch scanned her provisions, carefully packing them in her shopping basket. He prided himself on providing for the needs of his regulars, as well as the summer holiday makers. This necessitated his store being so full, that his customers had to squeeze their way around stacks of buckets and spades to get to the convenience foods.

‘Always a cup half full you are, Mr C. How’s your David doing? Will he be back for the summer? Such a lovely lad….’

Tegan could still feel the seagull’s enamelled eye boring into her. She didn’t like seagulls. Not since that day when Aunt Yvette had come to stay and Tegan had taken her to the secret cove…

Tegan peered at the ceramic bird, trying to stare it out. She wondered for a moment if Mr Crouch had a security camera installed in its beady eyes. Casting surreptitious glances towards the till, Tegan could see that Mr Crouch was still occupied – the cleaning lady having engaged him in a discussion about the merits of a particular floor cleaner.

Standing in front of a revolving display of sunglasses, she caught her reflection in the mirror – her eyes only just visible below her long fringe. Pouting her black lips, she looked away again, fingers pulling nervously at the frayed sleeves of her over large sweatshirt.

Tegan moved past the small jewellery display. There was a flash of black from her painted nails as her left hand circled in a swift and practised arc to pluck a silver trinket from its velvet backing. Barely pausing in her saunter down the aisle, she concealed her prize under her sleeve.

The trick was not to rush. Take your time. Act casual. Tegan was confident her pale make-up would cover any hint of a flush on her face. Nonchalantly, she made her way past the buckets, spades and small fishing nets, to the magazine display opposite the till. Feigning a brief interest in one of the fashion mags, she flicked through its pages. Then, carefully and deliberately replaced it, she gave the briefest of nods towards the shopkeeper and the cleaning lady, and made her way out of the door, pausing only to give the seagull one last and triumphant glare.

Margaret Butcher looked at Mr Crouch and tutted. ‘No good will come of that one,’ she said.

We use cookies to ensure that we give you the best experience on our website. If you continue to use this site we will assume that you are happy with it.OkPrivacy and cookie policy