Pushing a pram at Birkenau - the day the birds stopped singing

Fourteen years ago, I had the privilege of accompanying a group of sixth form students on a visit to the concentration camps at Auschwitz and Birkenau. This was part of an educational initiative to ensure the younger generations do not forget the atrocities that occurred there. The experience will stay with me all my life. It is true that, in that place, the birds do not sing.

This article was written for the 70th anniversary of the liberation of the Nazi concentration camps at Auschwitz-Birkenau and was published in the University of Brighton Anthology ‘Reflections’ in 2015. 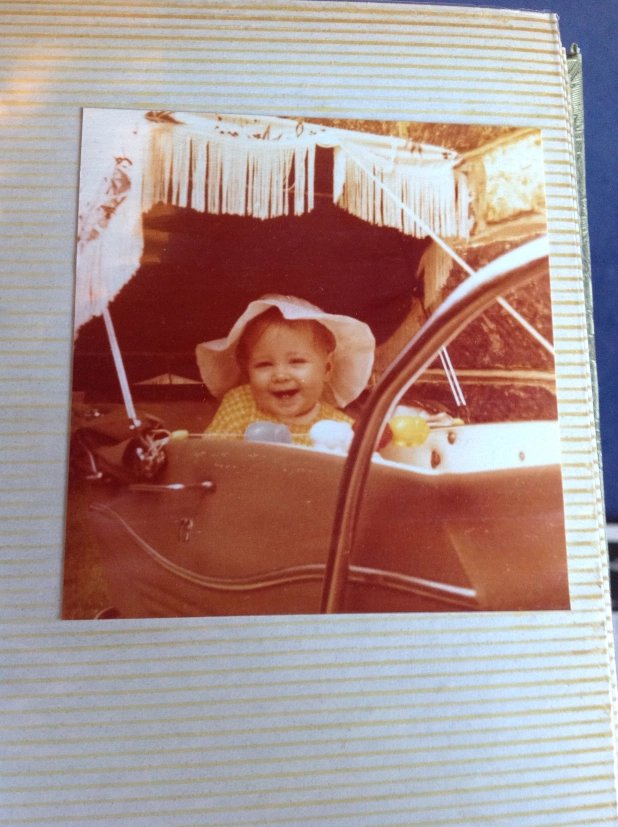 This photograph always makes me smile. I close my eyes and hear my daughter giggling in her pram. It’s a second-hand green Silver Cross with a rather fancy canopy and my daughter’s wearing a yellow and white gingham romper suit and a wide brimmed sun hat. I see her two pearly teeth in her cute little gummy smile.

I remember how it felt to push that pram. I’d wheel it proudly down the hill and the pram would glide and bounce, even when laden with shopping.

Back in the seventies it was predominantly the woman’s role to look after the baby and the woman’s job to push the pram. Most of us had proper prams back then – coach built, big wheeled with a nice bouncy suspension – a pram built to keep baby safe and secure. Today’s fathers are happy to push the modern equivalent, a buggy with all its gadgets: four-wheel suspension; telescopic handle height adjustment; cup holder for your latte… 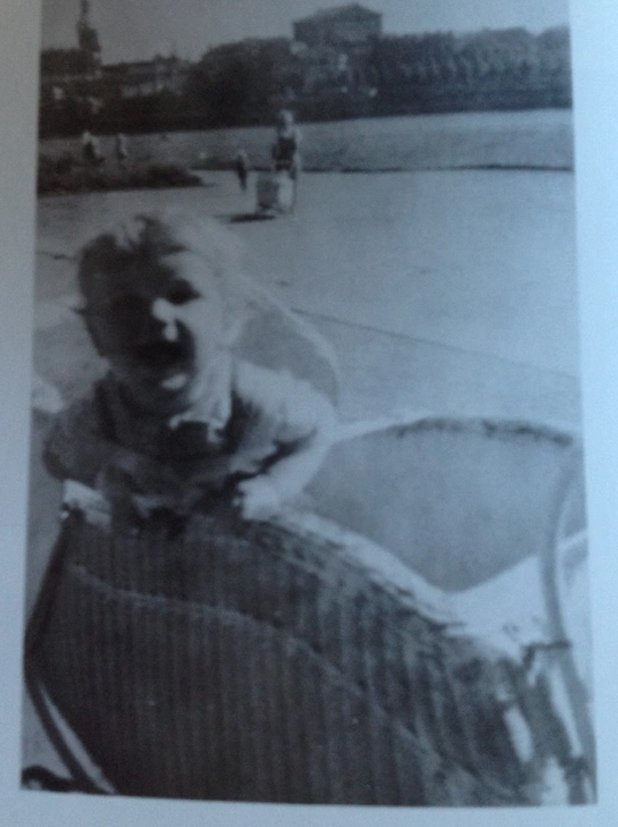 Now I look at a second photograph. A little boy I think, in a beautiful old wicker pram, perhaps it’s a family heirloom? Look at him with his curly blond hair, curious to see what is going on.

It’s a sad fact that no one knows who this little boy is. If he were alive today, he’d be nearly eighty but he’s un-identifiable as this picture comes from an archive of photographs smuggled out of Auschwitz. Prisoners were instructed to sort the prized possessions of the incoming – jewellery, glasses, ornaments and photographs. They were told to destroy the photographs but a brave handful of prisoners managed to smuggle some out and a collection of these photographs became The Last Album, a book written by Ann Weiss.

Re-reading this treasured book on 27th January 2021, Holocaust Memorial Day, I can’t help but reflect on the terrible suffering of those held there. In There is a Place on Earth: a Woman in Birkenau, Giuliana Tedeshci recollects that on Sunday 25th June 1944 she was commanded – along with 49 other women – to push empty prams from outside the gas chambers to a storage area two miles away. The prams were to be reallocated for use by the Reich and this task was repeated daily over many months.

I wonder who decided that it should be women who pushed these prams?

What must it have felt like to push those empty prams in a prescribed five row formation across the rough terrain of the camp? Was a wicker pram amongst them?

In my mind I see those women resting their hands lovingly on the push bars, closing their eyes and imagining their own rosy faced babies asleep under pastel blankets lovingly knitted by their grandmothers. I watch as they lift the front wheels over loose stones to avoid disturbing their absent charges. Other women stop what they’re doing as the prams rumble past and those who have lost children in the crematorium will felt their breasts swell with phantom milk. Not a word will be spoken and not a sound heard, save for the squeak and rattle of those empty prams.